This football academy project is specifically designed to establish the first ever and the biggest football academy and football marketing hub in Sierra Leone. It seeks to build mini stadiums, football training centers, training fields, hostels and administrative blocks with capacity to training 1,000 footballers on yearly basis and sell them as professional footballs to big-name football clubs in Europe, America, South America, Africa, and Asia.

This project aims at establishing the biggest football academy that will cater to bring together more than 1,000 young footballers in and around Africa, Europe, Asia, and America on yearly basis, provide them with the required football training skills and upon graduation they shall be sold to big names football clubs around the world. This international football Marketing academy will serve as the hub through which from football scouts around the world can find promising young stars that can play professional football in top football clubs in Africa, Europe, Asia and America. This international football marketing academy will serve as a marketing center that will be providing regular supplies of upcoming and promising young football professionals to big-name football clubs like Liverpool, Barcelona, Manchester, Real Madrid, Bayern Munich, International Million, AC Milan and LA Galaxies etc. 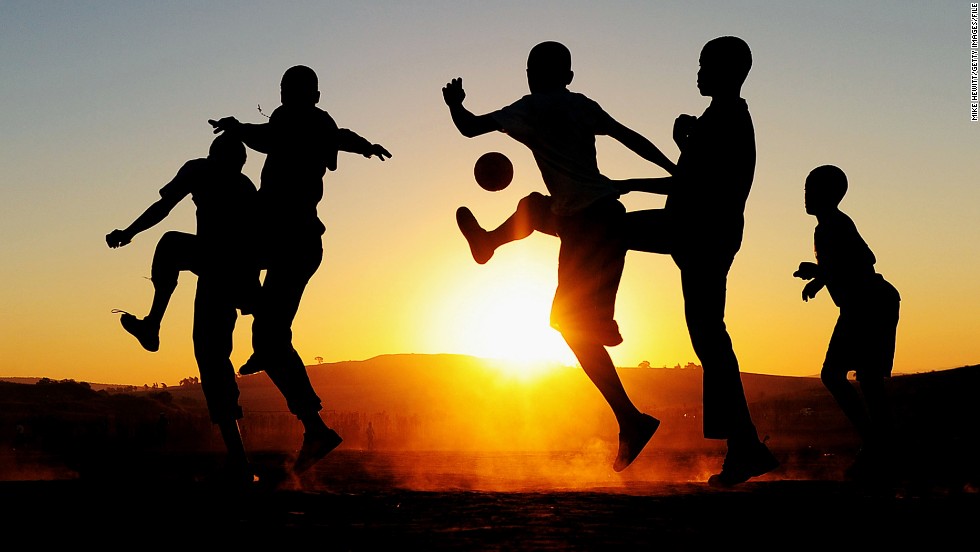 The global football market is booming right now and it will continue to boom exponentially on a year to year basis. The amount of money football clubs in Europe, Asia, America, and Africa have been spending on young footballers with good footballing skills have grown exponentially over the past two decades. For instance, the £12.5m paid for Gianluca Vialli in 1992 (the year the Premier League began) through to the £200m shelled out for Neymar in 2017 represents a compound annual growth rate of 20.3% in world record fees. If this rate of growth is maintained, that means we are nine years away from a £1bn footballer.

Also, the football market sector is worthy of investments because it is financially stable, it is hardly affected by inflation and bankrucy. More than 20 millions of young and promising footballers are rising up on yearly basis but most of the young footballs found themselves in countries and communities that are hardly reached by scouts from different football clubs and this makes it difficult for many of these young talents to be spotted and or recruited, as a result, many young talents that would have played their professional footballs in big-name clubs around the world did not get the opportunity to do so and most of them got their talents perished. This international football marketing academy will create the platform through which young talented footballers from around the world can come and get the required training that will develop their talents to become professional footballers. This international football market academy project will also make it possible for scouts of big names football clubs in the world to get easy access to young talented footballers that can meet the demands of their various football clubs in a different parts of the country.

However, this international football market academy will not only satisfy the demand of big-name clubs in European or American football but it will also create employment for local people that will be constructing, operating, and maintaining the facilities within the football academy, it will create jobs for trainers and local and international football coaches, and the very young talented footballers themselves. This international footballing academy will support the development of more than 20,000,000 young footballers in the 30 years to become top athletes in the future both nationally and internationally, the football industry is a huge business machine and it will lead to financial returns for the project owners and investors.

Furthermore, despite high transfer fees that will be derived from top football clubs in the world, this international football academy markets shall also conduct local competitions that will generate income from ticket sales, local and international sponsors, advertising of logos and brands as well as revenues that will be derived from TV rights. Investment in football projects such as the one proposed herein is not only profitable but also sustainable. In terms of profitability, yearly investments in the football academy during the operational phase cannot exceed USD$ 50 million but in the football markets, as it is now, young players can be sold for $ 25m to 60m USD. Imagine if this football academy can receive an average transfer fee of $2, 5000,000 USD per player and if at least 20 players within these financial value are sold out to European clubs for the average $2, 5000,000 USD transfer fees, it implies that just 20 young players will bring income returns of USD$ 500,000,000 on a yearly basis.

Conclusively, support from the communities and the government will be strong since the project is economically viable and it will create jobs, improve local livelihoods, and boost the economy and the GDP generally. It will satisfy the current demand for high revenue generation by the government of Sierra Leone, job creation, employment creation, and income diversification.

Our country has favorable business conditions and there are no barriers to the economy since the profit tax is 10% the VAT is 18 % and the wage tax of employees ranges from 5% to 10% maximum.

36 Months from Start of Funding.